From Minecraft Wiki
(Redirected from Fluid)
Jump to: navigation, search 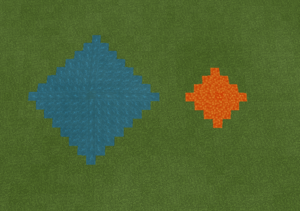 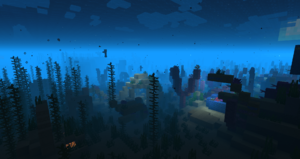 Liquids (or fluids) are a special type of block that can cause "liquid" to flow over the terrain, forming rivers or falls. There are two blocks of this type in the main versions of Minecraft: water and lava.

There are other in-game substances which show liquid properties but cannot be placed as liquid blocks, namely potions, dyed water,‌[Bedrock Edition only] milk, and honey.

Minecraft liquids can be placed like solid blocks, but cannot be picked up without a bucket or a bottle. 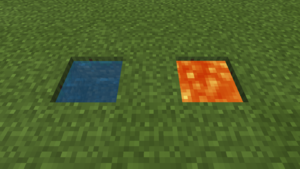 Water and lava as still blocks. 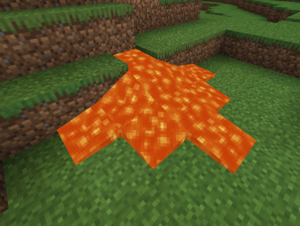 Flowing liquid has a speed value that governs how fast the spreading effect takes place. Water in the Overworld and lava in the Nether move at the same speed of 1 block every 5 ticks, or 4 blocks per second. However, lava in the Overworld is much slower than water, and moves at only 1 block every 30 game ticks, or 2 blocks every 3 seconds. Note that in Bedrock Edition, liquids may flow faster than they should, especially if an adjacent observer is repeatedly activating, due to MCPE-73342. 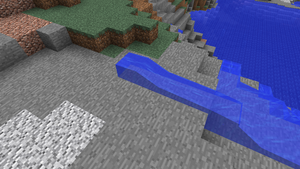 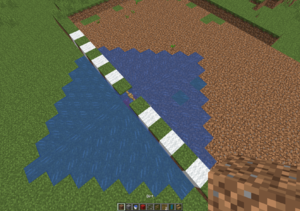 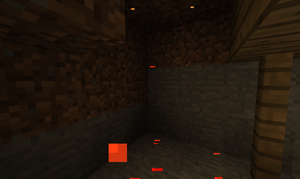 Lava seeping through one layer of dirt