"Dragon" redirects here. For the feature Dinnerbone mentioned adding at some point in Minecraft, see red dragon. For the rendering engine in Bedrock Edition, see RenderDragon.

The ender dragon is a dangerous, flying hostile boss mob found when first entering the End. It is also the largest naturally spawning mob in the game. It is also widely acknowledged as the main antagonist and final boss of Minecraft.

The ender dragon spawns immediately when the player first arrives in the End. 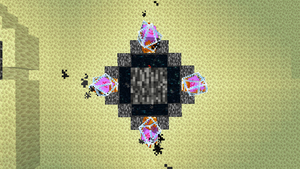 Players can re-summon the ender dragon once the fight is over by placing four end crystals on the edges of the exit portal, one on each side. When the dragon is re-summoned, a series of explosions resets the obsidian pillars, iron bars, and end crystals. The top of each pillar appears to explode, destroying any player-placed blocks. If the player does not pick up the dragon egg and starts to re-summon the dragon, the dragon egg disappears.

Once slain, the ender dragon slowly ascends, its wings and body becoming more tattered until it disappears, while beams of light erupt from its center. There's an explosion of 12,000 experience points (ten drops of 960 and one drop of 2400) — enough to bring a player from level 0 to level 68. In subsequent completions of the ender dragon fight (after it is re-summoned via the End crystals), only 500 experience points are dropped.

After the dragon is slain for the first time, a dragon egg appears above the island's central bedrock structure. The bedrock structure fills in with an End portal interface to become the exit portal, enabling the player to transport back to the Overworld and respawn at their spawn point. 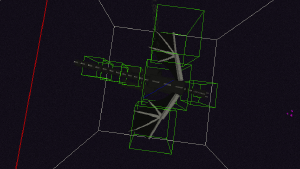 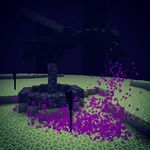 Ender dragons have entity data associated with them that contain various properties.

Dragon fireballs have entity data associated with them that contain various properties.

The /summon ender_dragon command, by default, summons a harmless ender dragon that hovers in place. Setting the DragonPhase tag (by issuing either the /summon ender_dragon ~ ~ ~ {DragonPhase:0} or the /data merge entity <selector> {DragonPhase:0} commands) starts the ender dragon's ordinary behavior, although there will still be no health bar, since it's managed by the End's dragon fight status rather than by the dragon entity itself. If spawned away from the center of the map (x=0, z=0), it flies to the center then resumes normal behavior (see #Behavior).