From Minecraft Wiki
Jump to: navigation, search
This article is about the structure. For the block, see End Gateway (block). For the portal for accessing the End, see End Portal.
"Gateway" redirects here. For the fence, see Fence Gate.
End gateway 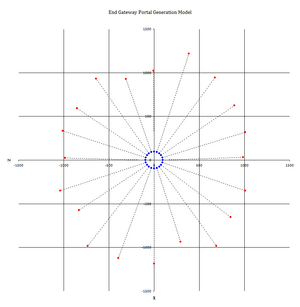