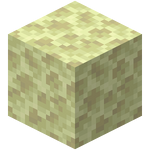 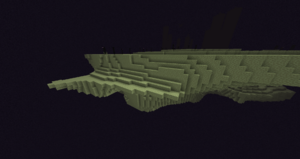 The 16 end stone blocks under the edge of the exit portal are replaced when the ender dragon is respawned, and again when it is killed. Because End Crystals, which are used to respawn the dragon, are renewable, this does make end stone renewable.

End stone has a blast resistance of 9, which is 3 more than that of ordinary stone. This is the highest blast resistance of any block movable by pistons besides anvils‌[Bedrock Edition only], ancient debris and block of netherite. It also cannot be picked up by endermen and cannot be destroyed by the ender dragon. In addition, it is the only block on which chorus flowers can be planted.