From Minecraft Wiki
Jump to: navigation, search
This article is about block. For structure, see End Gateway.
End Gateway 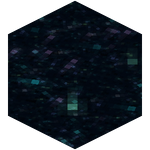 The end gateway is a block that appears as part of end gateways, which teleport the player between the main island and the other islands in the End.

The command used to get an end gateway.

The end gateway block cannot be obtained as an item and can be placed in Java Edition only by using block placement commands such as /setblock or /fill.

They generate naturally as part of end gateways.

In Bedrock Edition, it may be obtained as an item via inventory editing or add-ons. It cannot be placed by block placement commands in this edition, but it can be placed using structure blocks.

When created in a dimension other than the End without ExitPortal NBT data, it does not teleport entities but still activates its beam effect when an entity enters.

In Bedrock and Education editions, when the gateway is placed and entered in the End, it teleports the user to coordinates 0, 0, 0, below the main island. In the Overworld or Nether, it acts as a solid block and cannot be entered.

Gateways have a small chance to teleport the player directly into the void at y=0.

When generated (either naturally as part of an end gateway, or through /setblock‌[Java Edition only] ), the block emits a
magenta beam of light vertically from its top and bottom, lasting for 200 game ticks (10 seconds) while fading in and out.

An end gateway block also emits a
purple beam of light vertically from the top and bottom when an entity enters it. During the 40 game ticks (2 seconds) this beam is visible, no additional entities can be teleported.

It also emits the
purple teleport beam every 2400 game ticks (2 minutes) without an entity being teleported.[1]

The creation beam extends from around Y=0 through the block up to Y=256; the teleport beam goes 50 blocks above and below the beam. The beam is visible from roughly the same distance as a single ordinary stack of blocks. If a render distance of 16 chunks is set, the beam of light is visible from up to 255 blocks away. Unlike the beam of a beacon, this beam does not change color if the player puts stained glass over it.

This section is missing information about block tags.
Please expand the section to include this information. Further details may exist on the talk page.

An end gateway block has a block entity associated with it that holds additional data about the block.

This section would benefit from the addition of more images.
Please remove this notice once you've added suitable images to the article.
The specific instructions are: upload the flat texture for the update game block in Bedrock Edition to serve as its historical item texture.

Issues relating to "End Gateway" are maintained on the bug tracker. Report issues there.