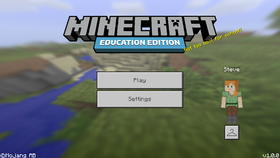 1.0 was the first non-development release of Education Edition, adding all the exclusive features and features from Windows 10 Edition. It was officially launched on November 1, 2016.[1][2] It is available for purchase in 11 languages and 50 countries around the world.