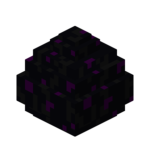 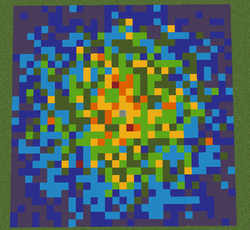 Heatmap of where a dragon egg lands after trying to mine it.

The dragon egg is a decorative block, or a "trophy item", and the rarest item in the game.

A single dragon egg is generated on top of the exit portal when the first ender dragon is defeated. A dragon egg cannot be mined directly, as trying to do so causes it to teleport. However, the egg does not teleport if there aren't any air blocks available for it to teleport to, which allows it to be mined.[1] The dragon egg is a falling block and drops as an item when pushed by a piston or when it falls onto a non-solid transparent block, such as a torch.

Only one dragon egg can ever generate per world. It is dropped once, by the first dragon.

The dragon egg, if there is no block below it, falls until it lands on the next available block. When it is being affected by gravity and falling, it exhibits a smooth falling animation.

It does not suffocate mobs or players when it falls and covers them.

The dragon egg can be placed on a non-solid block without falling.

Unlike other falling blocks, when the dragon egg is floating, it doesn't have particles underneath.

To cause the egg to teleport, press attack while in Survival or Adventure mode (press use in Creative). It teleports to a place nearby (up to seven blocks vertically and fifteen blocks horizontally), creating the same particles as endermen. It may teleport into the air and subsequently fall to the ground since they forcefully obey gravity. 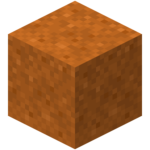 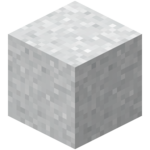 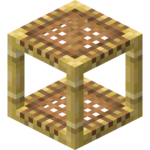 Issues relating to "Dragon Egg" are maintained on the bug tracker. Report issues there.