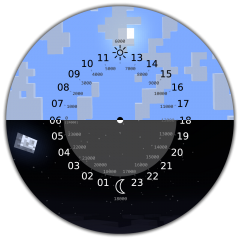 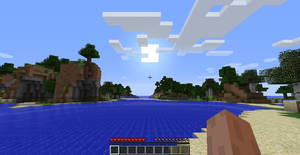 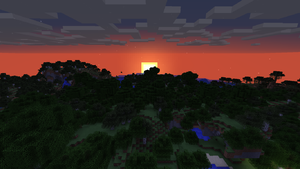 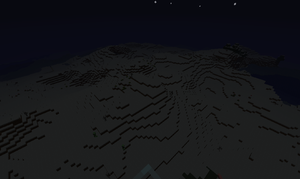 A Tundra (Historic Alpha Version) biome during the night; various mobs can be seen. 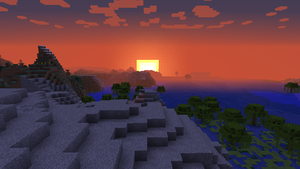