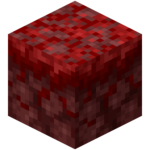 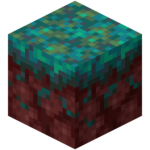 Fungi must be placed on the same type of nylium to be grown into huge fungi using bone meal.