From Minecraft Wiki
(Redirected from Crimson Fungus)
Jump to: navigation, search
This article is about the fungus found in the Nether. For the other type of mushrooms, see Mushroom. For the structure, see Huge fungus. For the fungus used for potions, see Nether wart.
Fungus 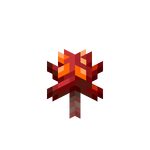 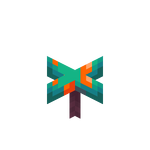 Fungi may be placed on grass blocks, dirt, coarse dirt, podzol, farmland, nylium, and soul soil. Attempting to place it on any other block fails. Fungus requires a solid block underneath it, and pops off and drop itself if it is no longer supported.

When bone meal is used on a fungus that is planted on matching nylium, it grows into its tall equivalent (similar to saplings and mushrooms). Crimson and warped fungi grow into crimson and warped huge fungi, respectively.

All hoglins, regardless of age, avoid and run up to 7 blocks away from warped fungus when it is placed on a block or inside of a flower pot. This does not affect held warped fungus.

Placing a fungus into a composter has a 65% chance of raising the compost level by 1.