Since the beginning of the development of Legacy Console Edition, there have been a number of features that were removed from the game. These features may have been replaced, or a developer decided against the feature later on. 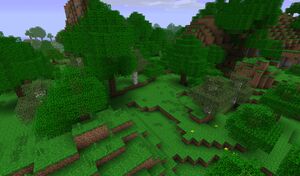 The rainforest before it was removed. 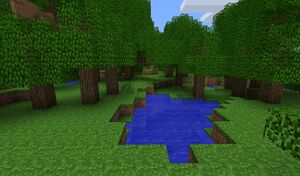 The seasonal forest before it was removed.
Main article: Biome/Before TU5

In TU5, world generation was redesigned, causing the rainforest, seasonal forest, savannah, shrubland, and tundra biomes to be removed. Rainforests and seasonal forests were practically the same thing, so they were combined into the forest we are used to now.

The Void was removed in TU5 due to the update making bedrock unbreakable. There was a glitch in the game that allowed you to build in where the void should be, and as you can see in the "video" – via YouTube, the void is gone as it is not black underneath the bedrock.

The rose was removed in TU31/CU19/1.22/Patch 3 being replaced by the poppies. They have the same function of being used to craft red dye. 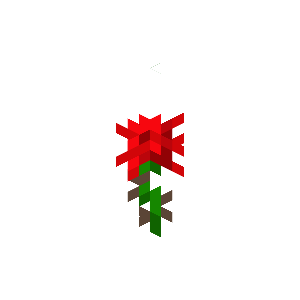 This was the rose before it was replaced.

In early versions of Legacy Console Edition there is a option in sound settings called Game Chat. This was removed from PlayStation 4 Edition 1.83. Players must now use the console's party chat if they want to do a voice chat.