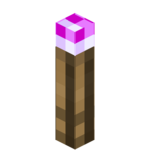 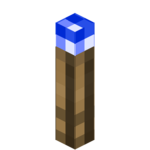 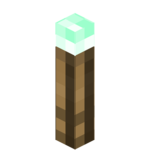 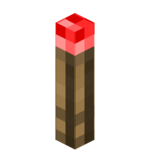 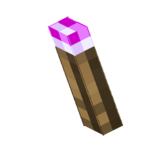 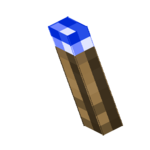 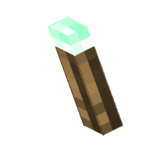 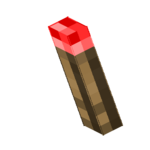 Colored torches break instantly and drop itself when broken using anything. The tool does not take any damage.[needs in-game testing]

Colored torches are also broken if pushed by a piston.[needs in-game testing]

Torches can be placed on the top or the sides of most solid blocks, although some require sneaking (see placement for exceptions). Being non-solid, torches have no collision box.

Gravity-affected blocks like sand and gravel do not fall if the block below them has a torch on it and break when falling onto a torch.