This article may need cleanup to comply with the style guide. [discuss]
Please help the Minecraft Wiki clean up this page if you can.
The specific problem is: add images to the block template, make sure for every row you go down, add a new image

This feature is exclusive to Bedrock Edition and Education Edition.
Element 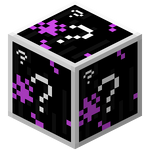 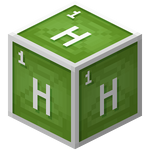 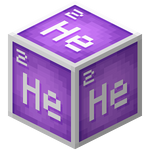 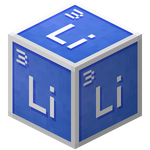 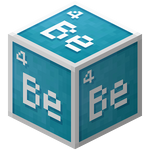 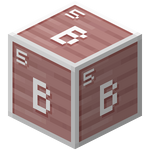 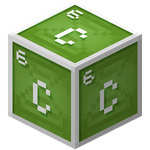 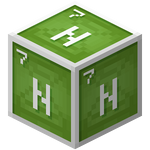 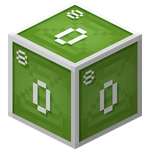 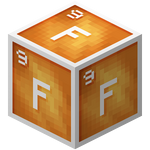 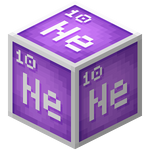 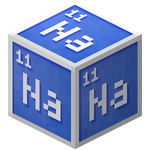 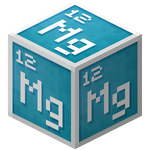 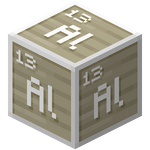 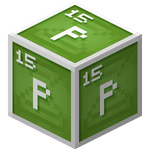 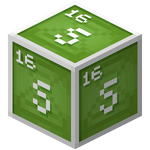 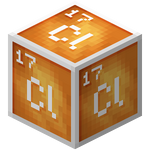 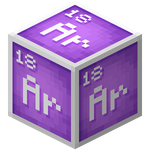 Elements and isotopes are blocks that serve as an essential part of chemistry in Minecraft.

An element can be broken instantly with any item, always dropping itself.

Elements and isotopes are primarily obtained by constructing them in the element constructor. This is done by moving the sliders or typing in numbers into the text inputs. The large display shows the selected numbers of particles arranged in an atomic structure, whether valid or not. If the atomic structure is a stable isotope, it can be taken out of the slot on the right side. A list of stable isotopes can be found below.

Several elements can also be obtained from a material reducer, which breaks down blocks into their component elements by percentage. This is the only way of obtaining the Unknown element; a mysterious element found in certain Minecraft blocks, such as soul sand and netherrack.

This section may need cleanup to comply with the style guide. [discuss]
Please help the Minecraft Wiki clean up this page if you can.
The specific problem is: The atomic masses do not map correctly to the isotopes. Table should be rewritten using {{#expr:}} to calculate the mass as the sum of protons and neutrons.

Elements can be placed as decorative blocks, or used as ingredients in crafting, brewing, or lab table experiments. They can also be combined into compounds using the compound creator; see the compound page for a full list of available combinations.

Issues relating to "Element" are maintained on the bug tracker. Report issues there.