More information on this can be seen in mechanics below.

The Turtle Shell is not part of a full set. However, its defense points match gold, chainmail and iron helmets, while its durability is between iron and diamond helmets (276).

In Java Edition, armor can further protect the player through a second attribute, generic.armorToughness. Normally, armor nullifies a lesser portion of damage from attacks that deal greater damage. Armor toughness resists this effect, mitigating the power of strong attacks. By default, only diamond and netherite armor provide toughness, with each piece granting +2 toughness for diamond and +3 for netherite. 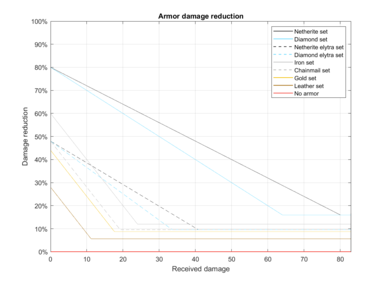 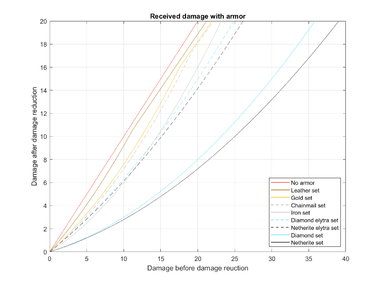