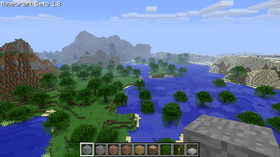 Beta 1.8[1], the first release of the Adventure Update, is a major version of Java Edition Beta released on September 14, 2011, which introduced features that focused mainly on fighting, exploration, and adventuring, as well as other aspects.