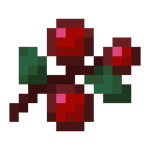 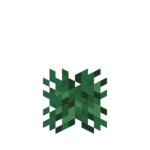 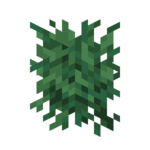 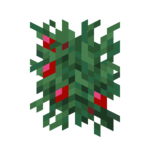 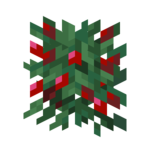 Sweet berries can be found in 40.6% of taiga village house chests in stacks of 1–7.‌[Java Edition only]

damage every 0.5 seconds to the player or other mobs (except foxes) that move or jump inside them, similar to a cactus, as long as the bush has grown past its first growth stage. Planting bushes around an animal effectively traps them inside and makes it easy to tame them.

A sweet berry bush grows through four stages after it is planted. Its first growth stage is a small bush without any berries. It becomes a grown plant in its second stage, and produces berries in its third and fourth growth stage. The bush doesn't need any light to grow. Using bone meal on it increases its growth stage by 1. Although the bush can be placed on a 1 block high space, it cannot grow without an open air block above it.

Sweet berries can be fed to foxes to breed them. The baby fox trusts the player and does not flee.