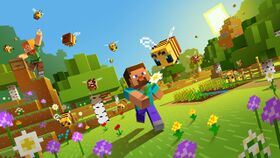 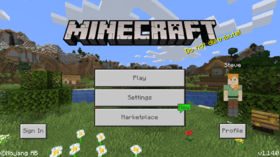 For a guide about all content in this release and the other releases of Buzzy Bees, see Bedrock Edition guides/Buzzy Bees.

1.14.0, the first release of Buzzy Bees, is a major update to Bedrock Edition released on December 10–11, 2019, alongside Java Edition 1.15.[1] It adds bees and bee-related items, such as honey blocks and beehives. It also marks the arrival of Bedrock Edition on PlayStation 4, discontinuing the PlayStation 4 Edition[2] and resultantly Legacy Console Edition as a whole.