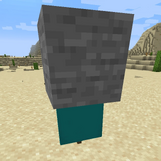 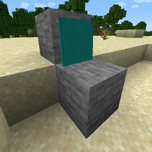 Banners, much like signs, can be placed both on the ground facing in any direction, or on a wall. When placed in the Overworld or The End, they gently sway as if affected by a breeze. They remain stationary in the Nether.

Banners have no collision mask as they are completely non-solid, so items and mobs can move through them.

This section is missing information about The Nether Update.
Please expand the section to include this information. Further details may exist on the talk page.