From Minecraft Wiki
Jump to: navigation, search
For other uses, see Azalea (disambiguation).

This page describes content that may be included in a future update for Java Edition.
This content has appeared in 1.17 development versions, but the full update containing it has not been released yet.
Azalea 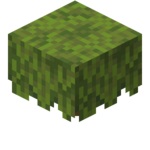 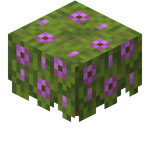 Azalea is a decorative block.

Flowering azalea is the flowering variant of azalea.

Azalea can be broken instantly using any tool or by hand. Harvesting an azalea with shears consumes the durability of the shears for no additional benefit.

A flower also breaks if a piston extends or pushes a block into its location.

Azalea is currently used for decoration and can be placed only on grass blocks, dirt, coarse dirt, podzol, moss blocks, farmland, or clay.

Putting an azalea in a composter has a 65% chance of increasing the composing level. Flowering azaleas have an 85% chance.

Issues relating to "Azalea" are maintained on the bug tracker. Report issues there.