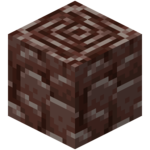 Ancient debris is an extremely rare ore found in the Nether, and is the main source of netherite scrap. Its high blast resistance makes it immune to normal explosions. In item form, it floats on lava and cannot be burned by any form of fire. 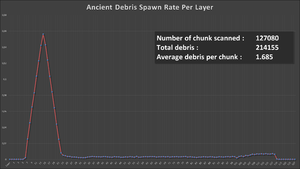 Ancient debris drops as an item if mined by a diamond or netherite pickaxe. If mined by any other tool, it doesn't drop anything.

Ancient Debris can be smelted using a furnace or blast furnace. If a player takes out the netherite scrap, they are rewarded with 2 experience orbs.