This page describes an education-related feature.
This feature is available only in Education Edition or when enabling the "Education Edition" option in Bedrock Edition.
Allow and Deny 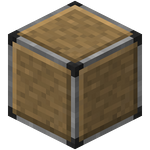 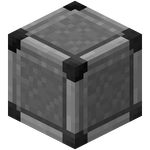 It can either be obtained by using the pick block control, or by using various commands, such as /give or /setblockor the creative inventory.

When placed, allow blocks let users without world builder status place or destroy blocks in the area above them, while deny blocks prohibit users from placing or destroying blocks in the area above them. Neither block affects the area below them. If two allow or deny blocks are placed on top of one another, the block that is highest takes precedence. The deny block does not prevent the placing of blocks with commands.